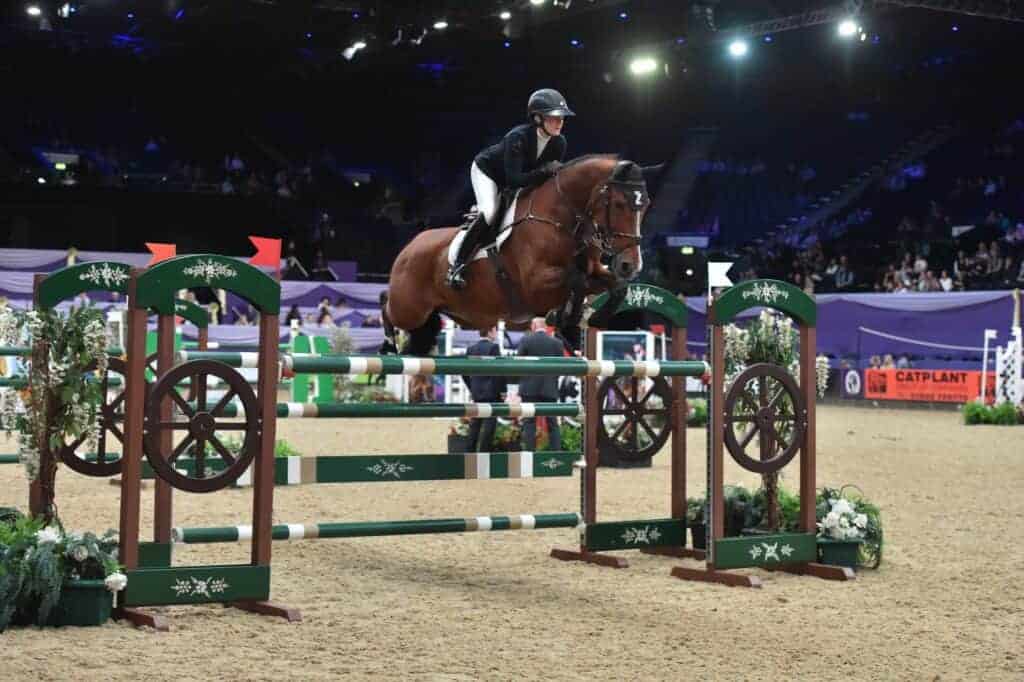 Rising British star Georgia Tame produced a stylish performance as international classes got under way at the Horse of the Year Show in Birmingham. The 23-year-old, who trains with top Irish showjumper Shane Breen in Sussex, won the Grandstand Welcome Stakes on Z7 Caretina. The win continued an outstanding year for Georgia, who made her […] 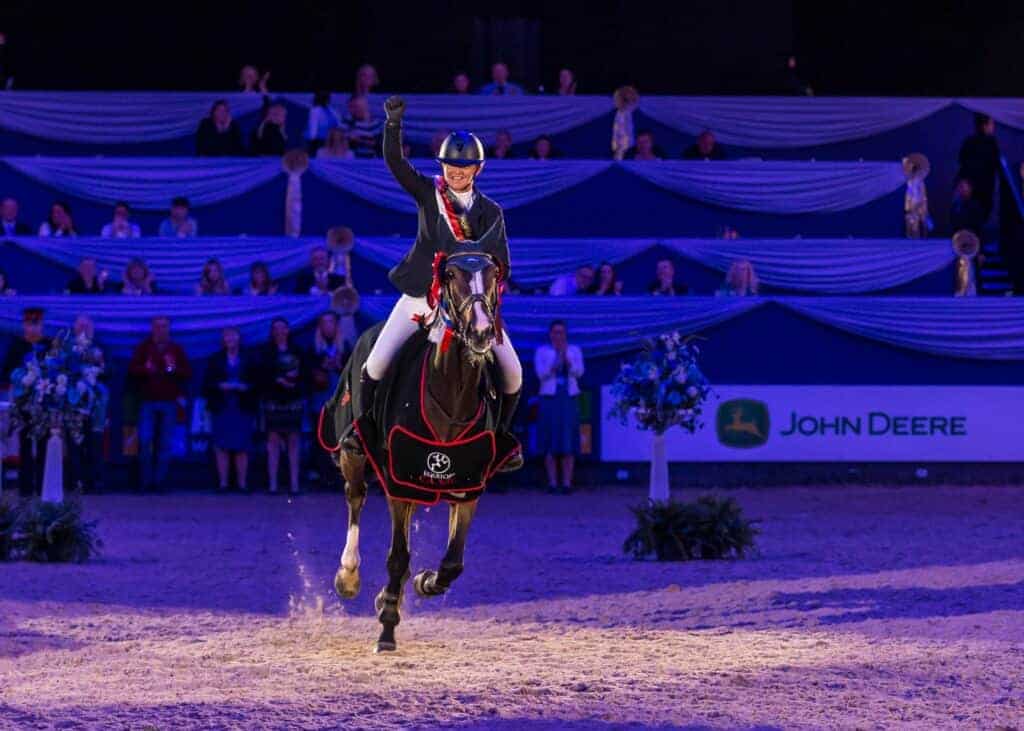 Lucy Townley joined an illustrious role of honour as she took victory in the prestigious Equitop GLME Senior Foxhunter class at Horse of the Year Show in Birmingham. The Sussex-based rider, who works for the Billy Stud that is run by showjumper William Funnell, his eventer wife Pippa and Donal Barnwell, triumphed aboard seven-year-old Billy […] 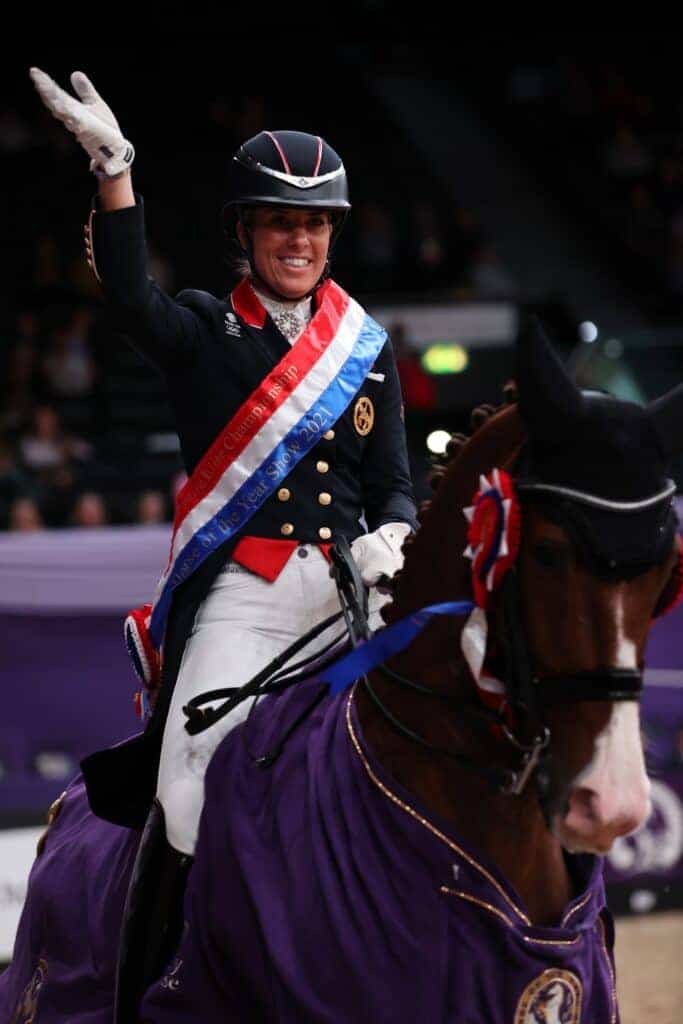 Dressage superstar Charlotte Dujardin offered a glimpse of the future as she claimed the latest in a long line of victories at the Horse of the Year Show in Birmingham. Fresh from her double bronze medal-winning performances at the Tokyo Olympics, Charlotte returned to a show that she has a lifelong affiliation with. The Gloucestershire-based […] 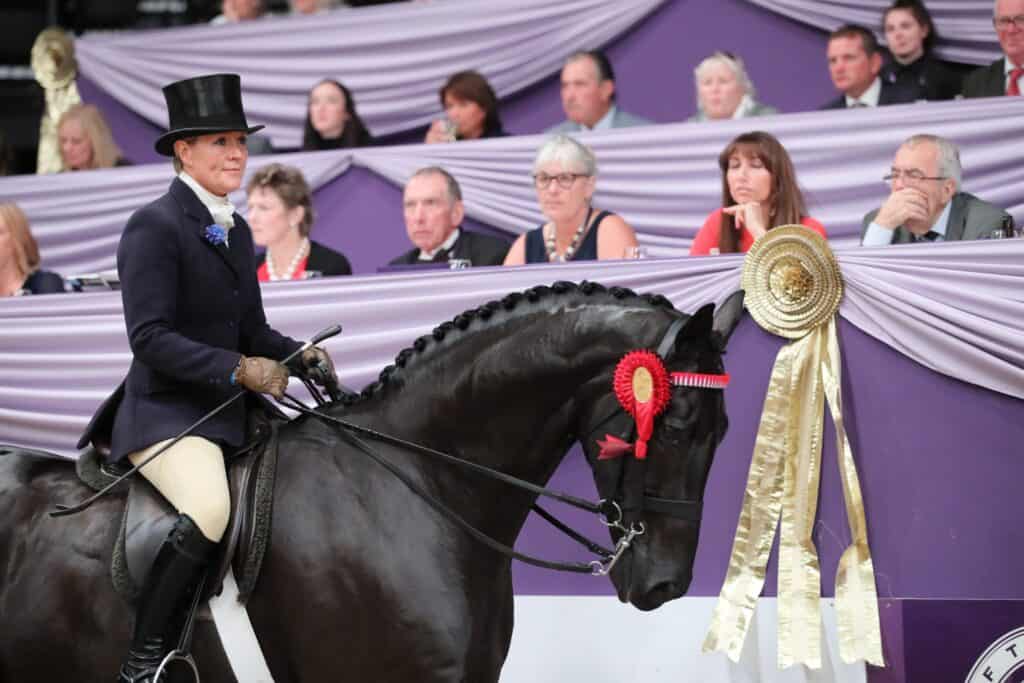 Evening Champions step into the limelight on day two of HOYS Thursday’s evening performance at Horse of the Year Show (HOYS) saw two very prestigious Championships play out in the Andrews Bowen International Arena. First was the Topham Barnes Hack of the Year Championship where the first and second placed horses from the Mears Flooring […] 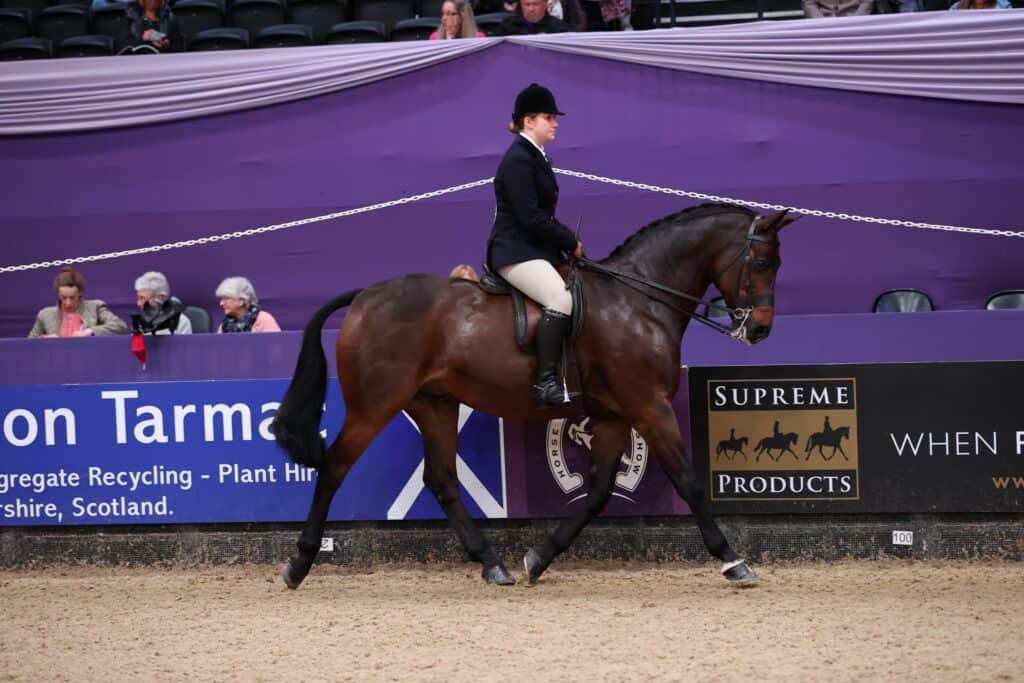 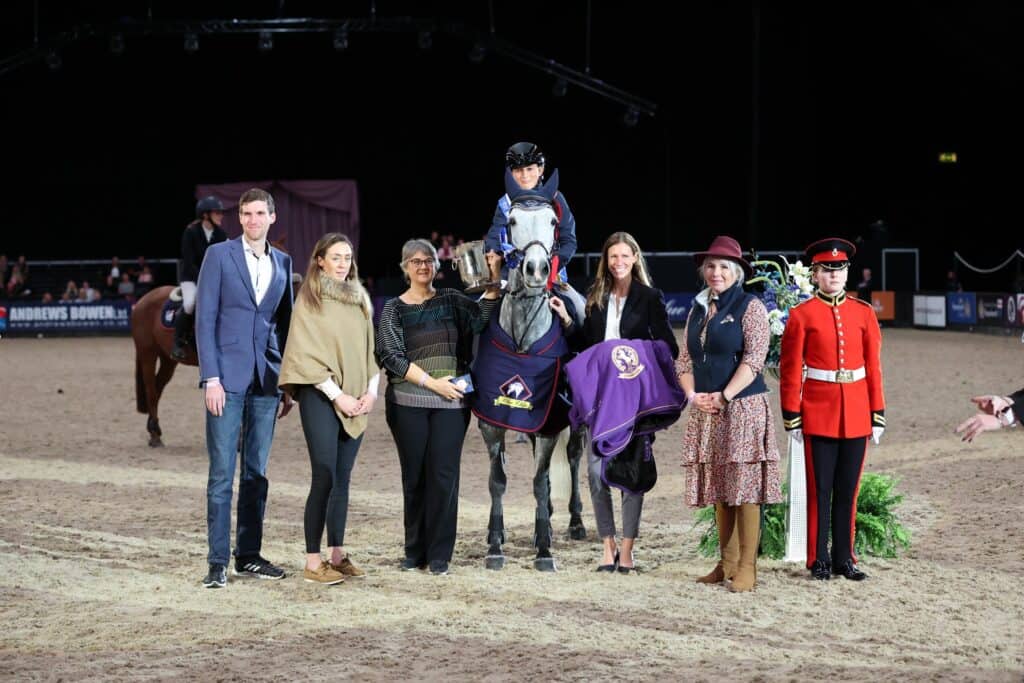 Hampshire rider Elissa Herrmann was crowned Sorbeo Leading Pony Showjumper of the year after a dominant display at the Horse of the Year Show in Birmingham. The Winchester teenager guided 10-year-old gelding Lapislazuli – a pony previously ridden by impressionist Rory Bremner’s daughter Lila – home after seven combinations from 26 starters made the jump-off. […] 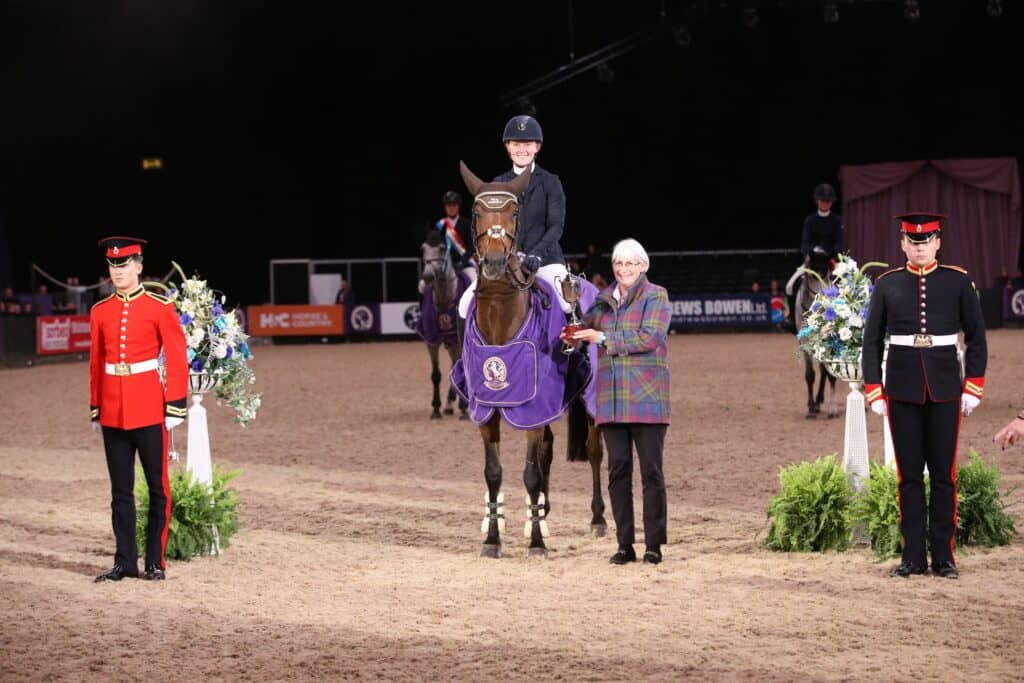 The Senior Newcomers Championship was won by 20-year-old Robert Murphy – who emulated his father Peter in the process. Peter won the same class at Horse of the Year Show in 1999 with Peloma, and Robert, who is from Lancashire, followed suit aboard seven-year-old Lightning TW, an exciting prospect owned by London 2012 Great Britain […] 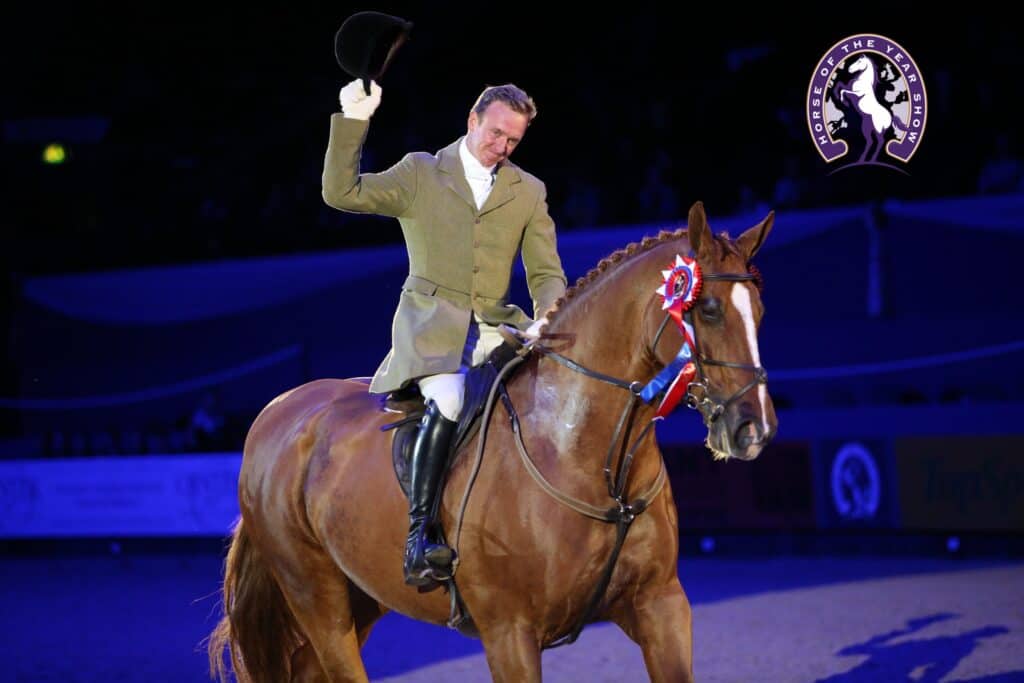 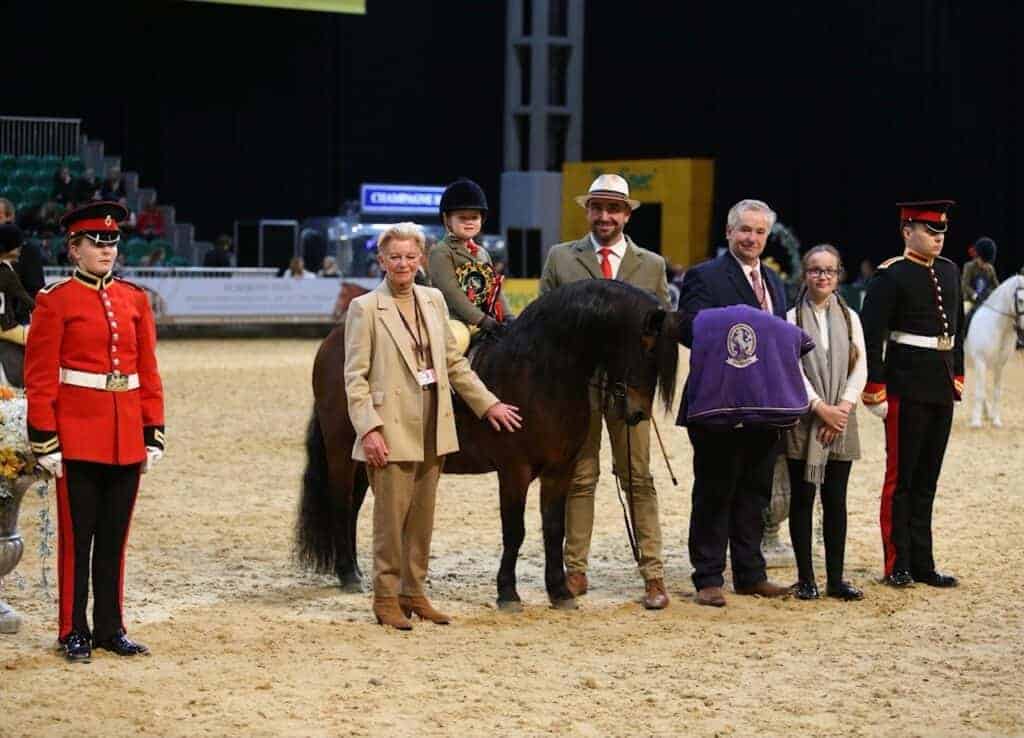 What better way to open the 2021 Horse of the Year Show (HOYS) than with the elegant spectacle of the Mears Flooring Ladies Side Saddle Horse of the Year final and a two-time Champion being crowned in the Andrews Bowen International Arena. As a keen, early-morning audience lost themselves in times gone by, judging got […] 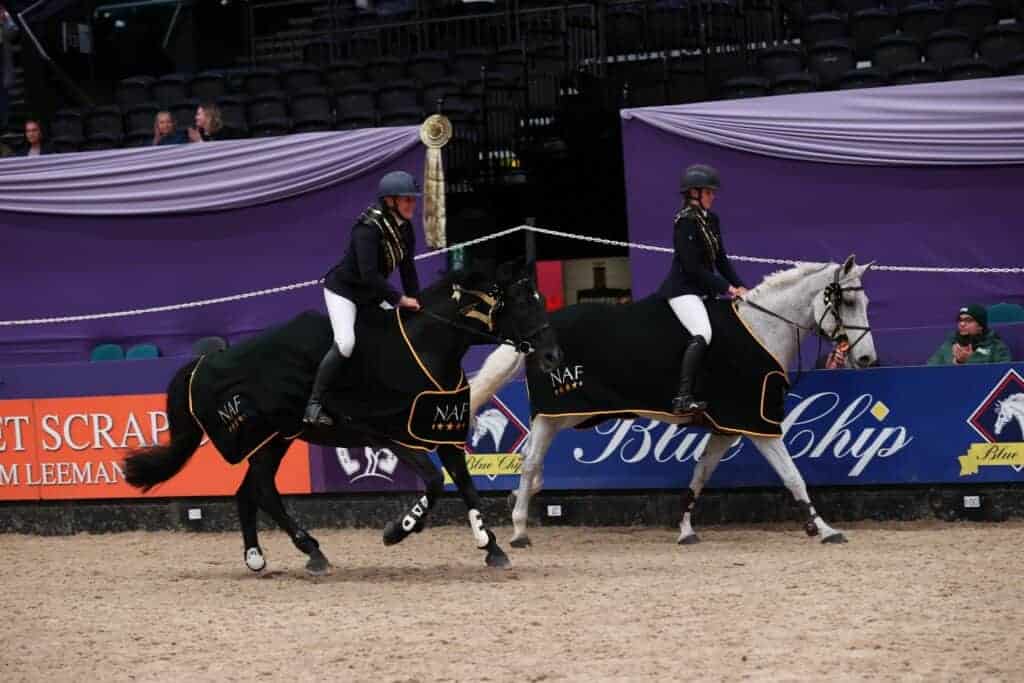 Showjumpers Nicola Foad and Rachel Proudley took centre-stage as the curtain rose on the 2021 Horse of the Year Show at Resorts World Arena, NEC in Birmingham. Wednesday’s action in the Andrews Bowen International Arena began with the NAF Five Star Bronze and NAF Five Star Silver league championships, and both opening competitions did not […] 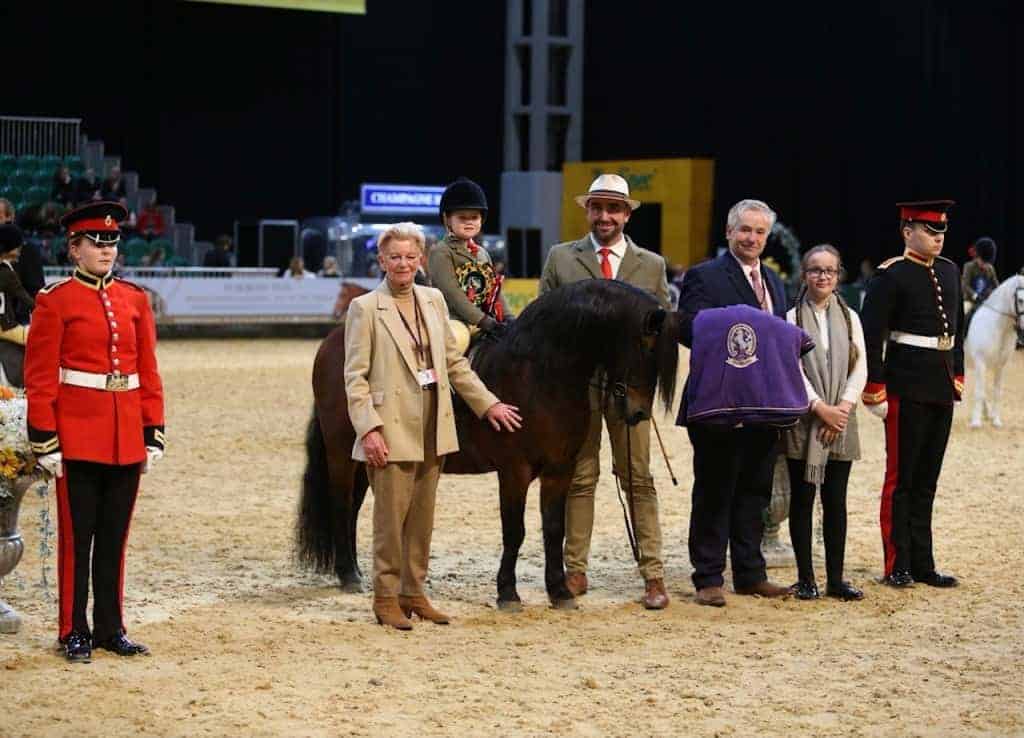 We are pleased to announce the new sponsor of the Leading Pony Showjumper Class, Sorbeo Horse Bedding. Sorbeo is made from 100% sustainable, British-grown, spruce timber and is proud to pack in the highest quality pine into every one of its bags making it a super-absorbent, cost-effective horse bedding for the 21st century. Every milligram of […] 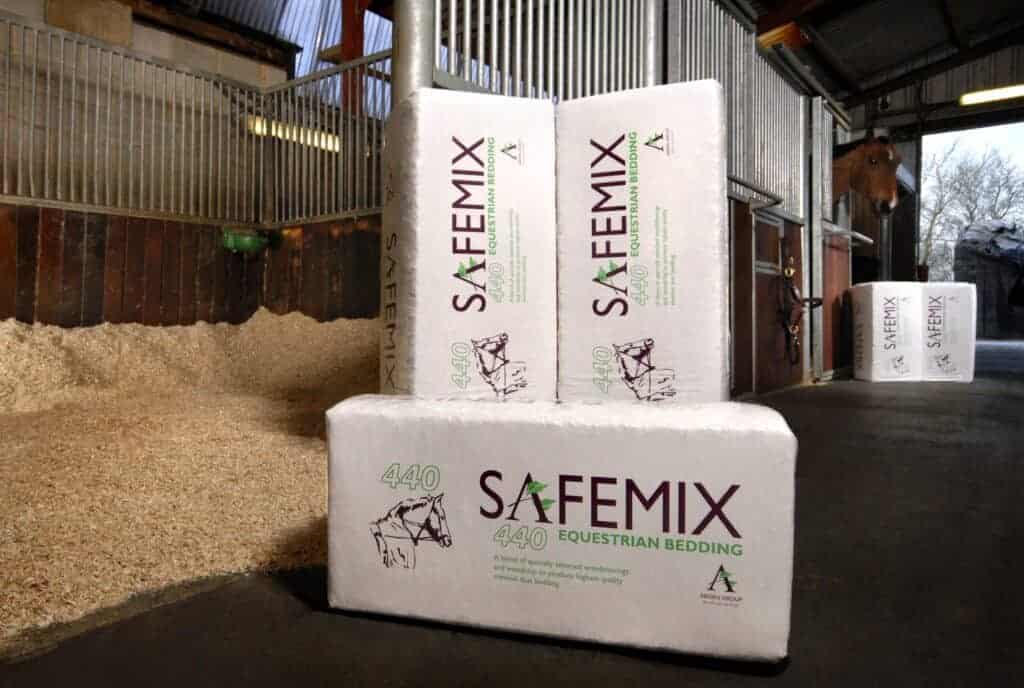 Horse of the Year Show (HOYS) are thrilled to welcome back Arden Wood Shavings as the Official Bedding Supplier for HOYS 2021. Horses and Ponies at HOYS are always guaranteed a good night’s sleep on Arden’s Safemix Equestrian bedding.  Arden Wood Shavings is a trusted name, which has been associated with the equestrian industry for […] 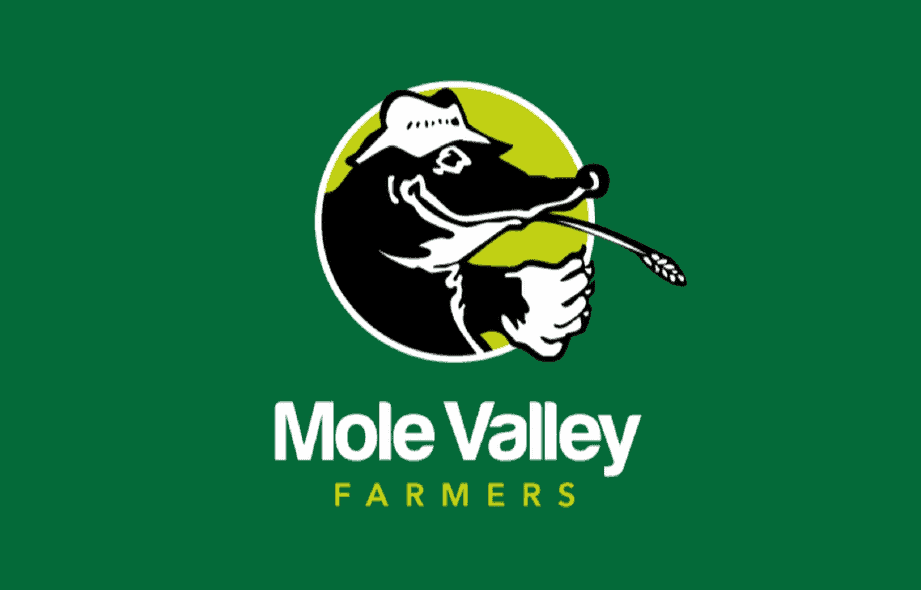 Mole Valley Farmers is delighted to announce a new association with the Horse of the Year Show, agreeing a three year sponsorship of the National Pony Society’s (NPS) plaited Working Hunter Pony Championships. HOYS provides the finale of the Working Hunter Pony Championship and Mole Valley Farmers is thrilled to support the UK’s most prestigious […] 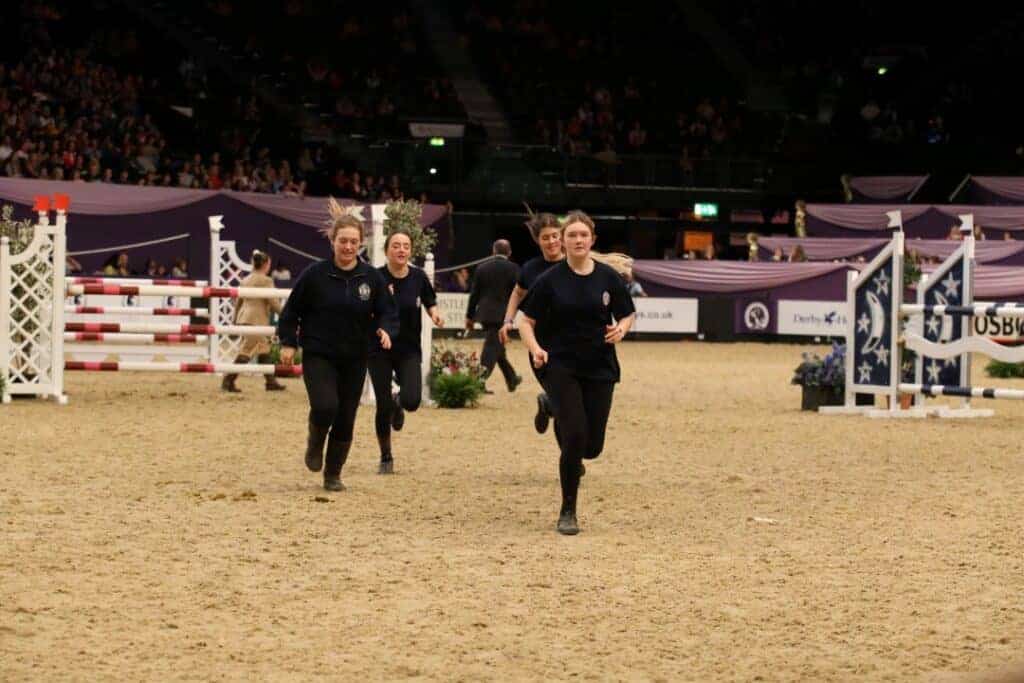 Reaseheath College, opened in 1921, are set to celebrate their 100th anniversary this year. Reaseheath College has been a valued sponsor of Horse of the Year Show for the last 10 years. They offer world class equestrian facilities and a team of staff with elite, international experience. Providing training in all aspects of modern-day equestrianism, […] 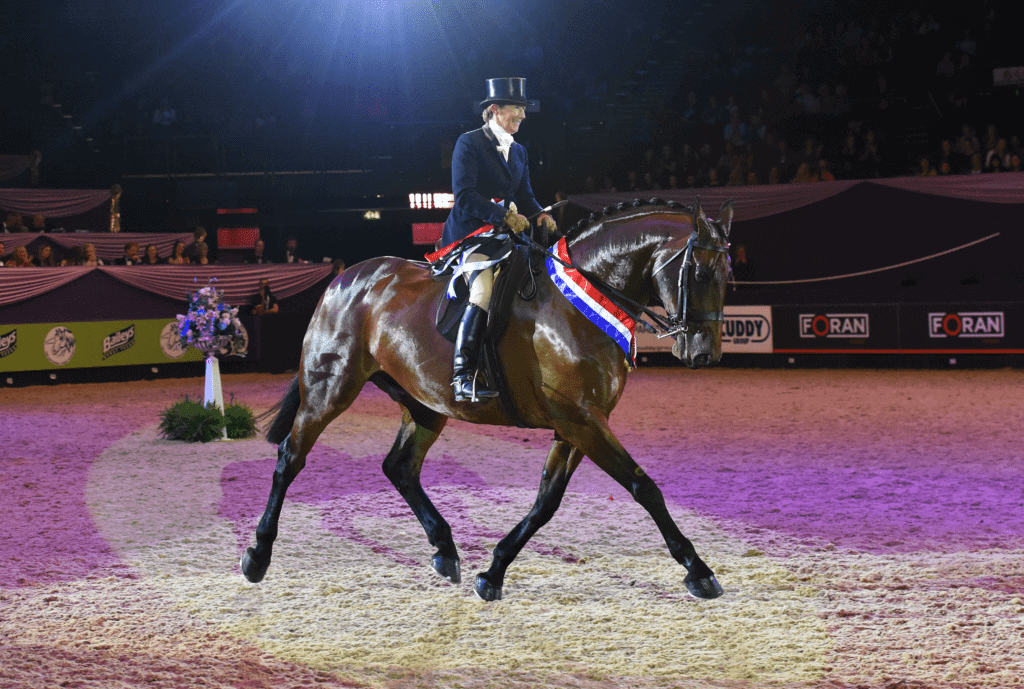 Supreme Products have shown their support and commitment to Horse of the Year Show by returning as sponsors of the Supreme Horse of the Year, following their inaugural year supporting the Supreme Championship in 2019.  Confirmed for the next three years, Supreme Products have also extended this alignment, seeing the renowned brand sponsor the two […]

Crowd Favourite lined up for HOYS 2021: The Household Cavalry Mounted Regiment Musical Ride to headline the displays at this year’s Horse of the Year Show 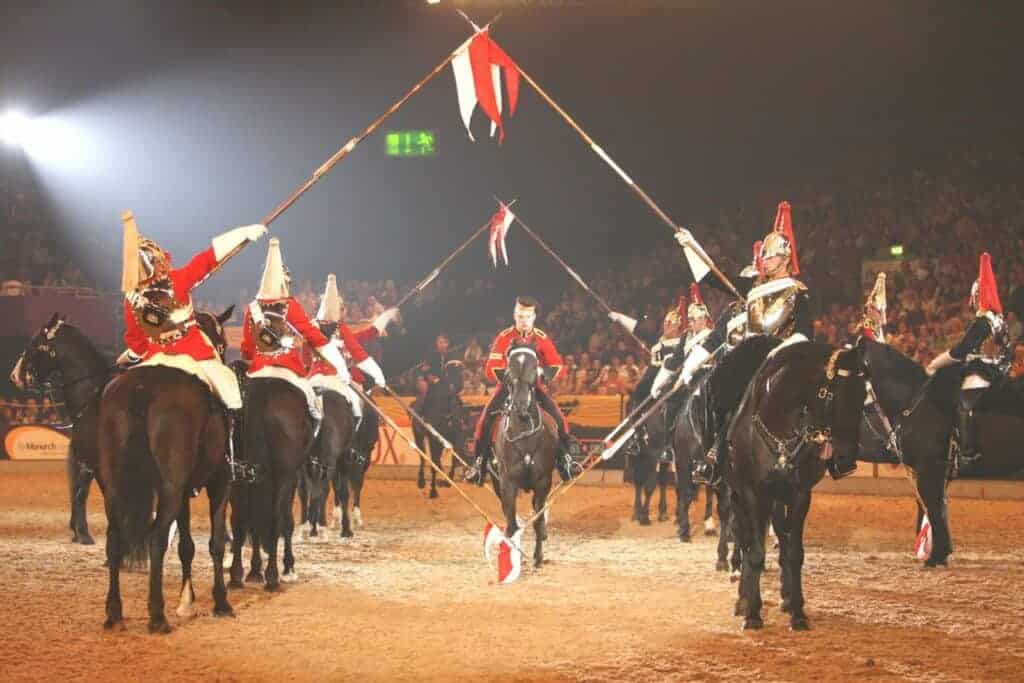 Horse of the Year Show is delighted to welcome back The Household Cavalry Mounted Regiment Musical Ride to headline the displays at this year’s event. As the only mounted ceremonial service men and women who also serve as fighting soldiers; the regal Musical Ride fully demonstrates their exceptional horsemanship and the very best of British […] 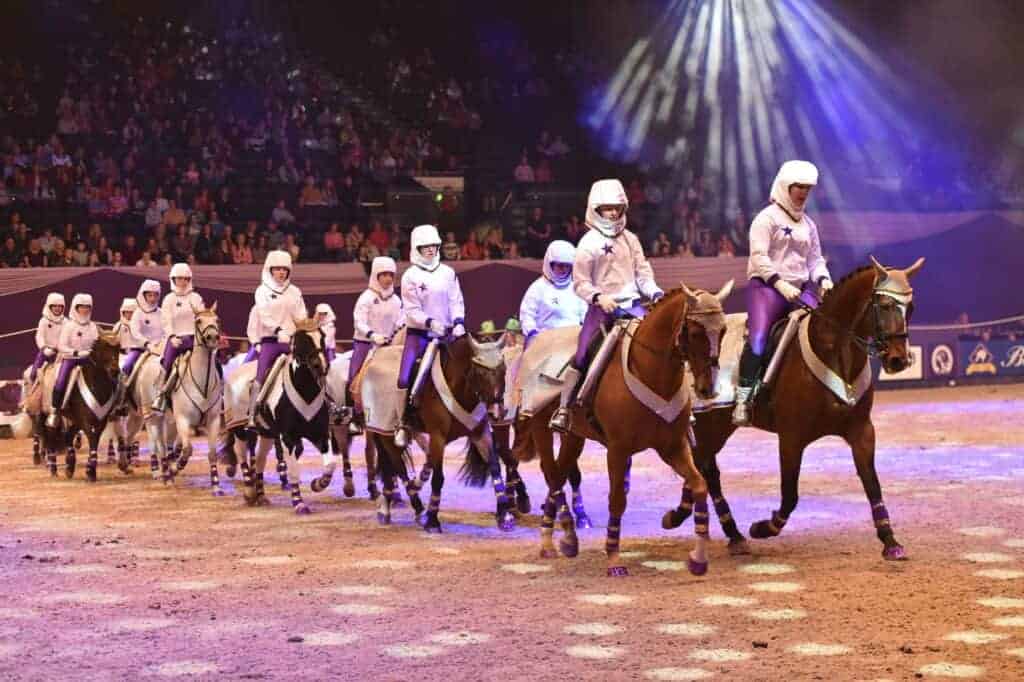 We are delighted to announce the first Horse of the Year Show entertainment display of 2021; returning by popular demand The Pony Club Musical Ride will be thrilling audiences with a new display of spectacular choreography, music, outfits and superb horsemanship. Following their brief debut appearance with ’90 Years From Now – The Pony Club’s […] 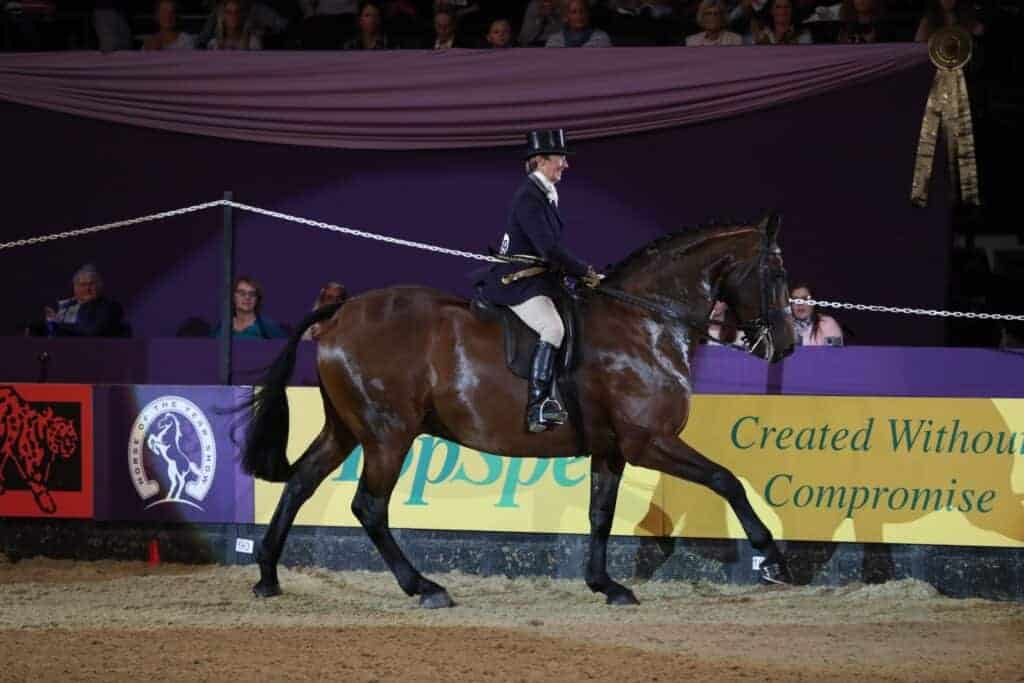 The Catplant Group of Companies Ltd are welcomed back as the sponsor of the Show Hunter of the Year Championships at this years Horse of the Year Show (HOYS). The prestigious class has taken place every year at HOYS since its introduction in 1949 and has seen over 70 champions crowned. The Doncaster based company […]

TopSpec to continue their support of Horse of the Year Show

Grandstand Media are pleased to announce that TopSpec will continue their support of Horse of the Year Show in 2021 returning as the showing arena sponsor. The supplier of equine feed balancers, supplements and other innovative feed products has been a big supporter of the show for over 16 years, taking over the sponsorship of […]

The Large Hack class at Horse of the Year Show 2021 is to be renamed as Culford Lodge Commodities Large Hack of the Year, with the Stennett family continuing their alignment with this prestigious class. David Stennett, who previously sponsored the Large Hack, sadly passed away in December last year.  In honour of David’s support […]

Grandstand Media are delighted to announce that Roseberry Stud will be returning as title sponsors for the Partbred Pony of the Year Championship at Horse of the Year Show 2021. Owners Susie Hinchliffe and daughter Tammy Heathcote have extended their support of the showing community by continuing their role of class sponsors for another year. […]